The mistake in trying to gag social networks

Social networks have come to the forefront amongst a series of riots in several parts of the world. David Cameron, the British Prime Minister, spoke recently about his wish to block access to social networks to users that supposedly took part in the London riots. How will be determined what practices are apparently dangerous, and what channels will they be used to stop only a few users from using the platforms, is something that the British government has not been able to explain yet.

Cameron spoke publicly of his worry regarding the rioters using Twitter, Facebook and Blackberry’s messenger, and even asked the companies to delete any posts that could be interpreted as incitement to violence. So far, Twitter refused to comply, and Facebook confirmed that they have closed some pages that they considered to be inappropriate.

In Chile, whilst students and teachers are demonstrating in the streets against the high cost of university education, President Piñera is considering control of the online social platforms because he believes that they were used to organize the protests. At the same time, New York’s police have just announced that they are creating a special division to monitor the behavior of users in platforms such as Facebook, Twitter and MySpace, with the aim of avoiding the reoccurrence of similar events.

To assume that social networks could be, at least, partially responsible for this kind of events is a very dangerous mistake, and it also shows utter ignorance of their nature. To block, monitor o limit access to online social platforms using “security” as an excuse is not only a mistake, but it is also based on an obscure idea about how they work. To blame Facebook, Twitter o instant messengers for the riots would be like trying to incarcerate a paper manufacturer because his product was used to make pro violence signs.

During the last few months we have seen several cases where social networks have helped organize protests and social gatherings. The multiple crisis in North Africa at the beginning of this year showed how blocking online platforms was not only ineffective in stopping the protests, but in the majority of cases, it angered the protesters. In other occasions, natural disasters like the tsunami in Japan transformed social networks into the only effective way to maintain contact with loved ones, due to the collapse of other devices.

The danger behind trying to control social networks is, basically, to mistake one communication platform with the information that flows through it. Those who work in this field know it very well: our dear McLuhan was wrong; the medium, without a doubt, is not the message. The message will always originate in the users, and the medium is nothing but a platform, amongst lots of others, that amplifies it and makes it public.

Facebook, Twitter or YouTube can be used to incite into participation or to propitiate violence, to send frivolous messages or to circulate political slogans. To try limiting how they work, based on the improper use that individuals could make of it, would be like trying to close radio stations because they could be used to support the protests, something that nobody of sound mind could propose.

To assume, then, that social networks can have some kind of direct responsibility in the disturbances that are happening at the moment in some parts of the world, is a complete and utter mistake. There is no doubt that the conflicts are originated from social factors much more complex and profound and, definitely, to control social media would not be the right solution to end them.

At least, during the last two centuries, Western democracies have been an example of protection of personal liberties, amongst them the freedom of expression as one of the citizen’s fundamental rights. To endanger that noble tradition only because we do not understand correctly what is the real origin of the conflicts is a mistake that I sincerely hope we never make. 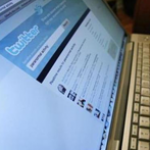 Journalism in the social networking era: a change of paradigmSocial Media 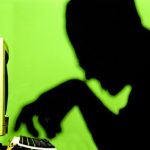 How to deal with trolls in social networksSocial Media