DAVOS 2018: “CREATING A SHARED FUTURE IN A FRACTURED WORLD”

For years, the World Economic Forum has brought together leaders from all ethnicities and socioeconomic classes with ambitions to shape future generations, both men and women. Their mission statement “committed to improving the state of the world by engaging business, political, academic, and other leaders of society to shape global, regional, and industry agendas”.

2018 marks the 48th Annual World Economic Forum and has sparked warranted attention in the areas of gender equality, diversity, and inclusion. Previously, the World Economic Forum has been criticized for the absence of female representation, with attendance reaching only 17% in 2015, 18% in 2016, and 20% in 2017.

Released in the Global Gender Gap Report 2017 the global gender income gap is still spreading revealing the average pay for women in 2017 was $12,000 vs. men at $21,000, and estimates it will be another 217 years before we reach gender parity.  Although there appears to be plenty of recent media attention relating to gender parity, the demand for significant changes and further legislation to close the gender gap is stronger than ever.

This past week at the World Economic Forum, represents a year of innovation and progress. The event was co-chaired entirely by women; who are being labeled as “The Magnificent Seven”. Erna Solberg, Norwegian Prime Minister, Fabiola Gianotti, Director-General of the Switzerland-based European Organization for Nuclear Research, Isabelle Kocher, Chief Executive of French energy supplier ENGIE, Christine Lagarde, International Monetary Fund Director, Sharan Burrow, General Secretary of the International Trade Union Confederation, Ginni Rometty, IBM Chief Executive, and Chetna Sinha, founder and chair of India’s Mann Deshi Foundation; a notably successful and influential group of women. The importance of female participation towards economic growth is sure to be a fundamental issue brought forward throughout the conference, “time is up for discrimination and abuse against women. The time has come for women to thrive.”

The agenda is set to have greater focus on education gender gaps, gender dynamics of future jobs, balance of care and careers as well as inclusive working practices.  As said by Solberg “For my part, as Norwegian Prime Minister, I am particularly concerned about the need to create a sustainable welfare society.  Inclusive growth is essential to reach that goal.  This means, among other things, that both women and men must be able to take part in the labor market on equal terms.”

Giving women and girls the opportunity to succeed is not only the right thing to do but will undeniably run parallel in stimulating economic growth and prosperity.  With proper leadership and advancements in societies, we can all be part of helping women reach their full potential #thefutureisfemale 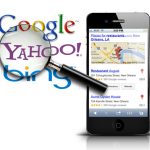 Mobile Web: tips to optimize and get more hitsInternet 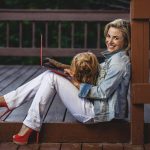 Workation, Coliving and the Office with a View: Welcome to the Future of WorkBusiness, Internet, Remote Work