How are we fixing the broken funding and investment systems? By creating “Enrichtainment,” a new category in show business that mixes entertainment with the opportunity to build wealth.

Unicorn Hunters empowers startups to get access to more capital and provides a seat at the investment table for all.

Until now, the business world had unwritten rules in which only select entrepreneurs with ties to Silicon Valley, solid VC connections, and friends in high-places could access capital for their ideas. We are disrupting this insider cycle by launching a new initiative called Unicorn Hunters, an interactive reality business series in which high-potential entrepreneurs pitch their ideas to millions of viewers around the world. They in turn have the opportunity to invest in the featured startups at an early stage- where the real opportunities are.

Unicorn Hunters made its global debut today with the game-changing company FarUV Technologies that is on a mission to continuously maintain and improve the quality of life for people by reducing or eliminating the pathogens that lead to infectious disease. One of the most powerful moments in this episode was when Apple co-founder Steve Wozniak expressed his excitement and pledged to invest. For viewers, this is essentially having a seat at the table with one of the most legendary business leaders of our time. Watch the 30-second clip here.

The first Unicorn Hunters season will spotlight companies that have the potential to become unicorns, which means they will have a $1 billion valuation. But to me, it’s much more than a numbers game. Unicorn companies have more than just a valuation in common: they are disruptive, they are globally scalable, they have powerful leadership and they have a story to tell.

Now, viewers from around the world will get to hear the pitches of six companies that have all these attributes and have the option to invest during their early stage. The 99 percent will have access to opportunities that were only available to a handful of institutional investors, VCs, and Wall Street types.

I like to shake things up, think differently, and be a changemaker! In addition to disrupting the investment game, Unicorn Hunters creates a brand new genre: Enrichtainment, which means that it’s a reality series that can be watched for pure entertainment, and it’s sure to deliver. The series was produced in Hollywood by reality show icon Craig Plestis’ Smart Dog Media, producers of other shows like The Masked Singer and The Masked Dancer, and more!

And while it’s an addictive and entertaining ride, it’s much more. For the first time in history, viewers have the opportunity to build wealth by investing. This makes it Hollywood’s first and the newest frontier for private investing.

Unicorn Hunters is the future of investment and the game changer that the world needs. Join me and the rest of the Circle of Money at the investment table every two weeks. Let’s democratize access to investment opportunities and help great companies get funding alongside the Woz, the Co-Founder of Apple, Rosie Rios, 43rd Treasurer of the United States, Lance Bass, quintessential host, singer, writer, and producer, Alex Konanykhin, CEO and Co-Founder of TransparentBusiness, and Moe Vela, former advisor to Vice-president Gore and then Vice-president Biden.

Watch the first episode, and join me on the hunt: https://unicornhunters.com/season1-episode1-faruv/ 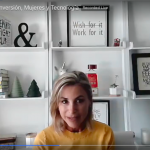 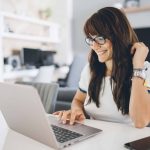 This is the perfect time to create a 100% remote companyBusiness, Internet, Remote Work