There are hundreds of online networks. Many of them are niche networks, others are massive; some are exclusive, others are open to any user. Day by day, new platforms appear, each with an original proposal promising to revolutionize the online social world. A few succeed; most of them fail before they even begin. Here is a brief review of the Internet’s winners and losers during 2011.

The crown this year goes to Twitter, the microblogging social network that, according to comScore, has doubled its users since 2010. Part of this surge was due to online interest in following natural, political, and social dramas such as the tragedy in Japan, the Middle Eastern uprisings and European protests, and the British royal wedding. Twitter proved itself ideal for getting dynamic, first-hand information in real time. Despite its noteworthy growth and popularity, however, the platform keeps evolving: last month it launched a new design that promises to be simpler, encouraging those who are not using Twitter to join the experience.

Yes, with 800 million users, Facebook is the dominant social network. The platform created by Mark Zuckerberg continues its amazing growth in markets such as Latin America. In fact, according to comScore, this is the region of Facebook’s strongest development. But in other markets, such as the United States, Facebook is beginning to stagnate. The numbers provided by Inside Facebook are clear: the company went from 155.2 million users in the US at the beginning of May to 149.4 at the end of that month, a 5.82% drop. A certain degree of maturity and user anxiety about information security are threats that the current social media queen will have to answer in the near future.

During 2011, Facebook offered some innovation in its look and the way it presented updates, but it did not make any changes that qualified as “revolutionary.” Going into 2012, the company is counting on a new wall that will radically change the current look of the platform, giving more importance to videos and pictures. The million-dollar question is this: Can Facebook continue to grow and attract users, or it will begin to lose ground to its competitors?

The most promising tool is Google+, launched at mid-year. Google’s social network, it has already achieved almost 44 million users in just a few months. With this platform, the company expects to generate a new kind of social search, where Internet users’ interactions on the network will influence directly the results delivered by the browser. But to be effective, Google+ must reach a users’ base of critical size. Its growth to date is important, but it still isn’t a threat for giants like Facebook. There is no doubt that 2012 will be a vital year for determining whether Google’s application can become a reality or whether it will remain a promise.

In the online universe, there are more failures than successes. Nobody seems to remember the first kind of effort, except in cases where great expectations were generated but not realized. A prime example of a promise that did not grow enough is Quora. The questions and answers social network was born at the end of 2009, with a functioning structure that allowed membership by invitation only. This promised to turn it into a very effective tool for finding users with specific and specialized knowledge, adding value in comparison with other platforms such as Yahoo Answers. At the beginning of 2011, many of us wondered if Quora was going to be the next big startup, but halfway there, the network seemed to lose strength.

Another platform that has not fulfilled expectations for 2011 is Diaspora. The open source social network project, with strict security and privacy rules, was to put its code at the community’s disposal with the objective of optimizing and improving it. The platform seems not to have launched, though, and its destiny is unknown.

Innovation, simplicity, and impact are some of the characteristics a social network needs if it is to stand out from the crowd and occupy a prominent place online. The capacity to change, adapt, and improve continuously is another element of success in the world of social media. This year ends with winners and losers and promises. In 2012, the web will show us new projects that will change the way we relate, communicate, and spend online. 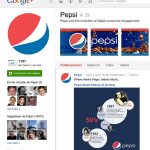