Pinterest: The new social platform that’s making a mark in the online market

Talking about an online social network where users share interests undoubtedly sounds kind of redundant nowadays. But it is true that the great success of Pinterest shows that surfers apparently have a need that still hasn’t been adequately satisfied by the web’s most popular social networks.

This social network, based on the capacity to share images and content available on the web in a practical and simple way, has just been singled out by the specialist media site TechCrunch as last year’s best new startup, and is threatening to become the new shining star of the social networks. Even so, its co-founder, Ben Silberman, doesn’t want to talk about the figures that show the growth of the platform, and prefers to underline its design and capacity to unite people according to their interests as the reason for its success.

An image is still worth a thousand words

The new web that has its finger on the pulse of the evolution of social media is a platform that consists mainly of links and images, an eminentlly visual tool with an emphasis on photography. What does the name mean? “Share your interests.” Ben Silberman says, “Pinterest is a site that connects people who are passionate about the same things. In the same way that people use Facebook are excited to connect with people they care about, people on Pinterest are excited to be inspired by people with similar tastes.”

Returning to the images, the idea of Pinternet is very simple. The site is a kind of virtual pinboard, when users pin an image, a product or content that interests them, then it is published on a kind of online-advert noticeboard and can be seen by other users. The user can pin web content or repin what other Pinterest users have already shared so that it forms part of their own interests. “It’s like storing favourites on your computer, but in a public way,” explains one fan of the new platform. There are no walls, no friends, or anything remotely similar. Images and interests are shared revealing a common link between two people, without the need to leave a message, although you can if you want.

With a simple glance at the home screens of different users one can find out about their passions and interests and recognise people who have the same tastes as us. The new platform’s public is mainly female. This is what TechCrunch says, detailing that 59% of Pinterest users are women between the ages of 25 and 44, and mainly arts and design professionals. According to the online-traffic measuring site Alexa, Pinterest occupies the number 26 spot on the list of most-visited sites in the United States, and number 126 in the world.

The value is in the generation of traffic

It is true that Pinterest has become more than just a relevant site for the recommendation of services, businesses and small companies. Its simplicity and user-friendliness are undoubtedly factors that favour its rapid rise and adoption. But the real value of Pinterest lies in its demonstrated capacity to send traffic to other websites. According to a recent study by the company Shareaholic, in July 2011, 0.17% of Internet traffic came from links shared by Pinterest. By January 2012, the figure had risen to a surprising 3.6%, a volume that exceeds the total traffic redirected by sites such as Google+, Linkedin, MySpace and Tumbir combined.

To all this has to be added the fact that Pinterest is so far an invitation-only site to which you can only have access if you receive an invitation from another user, which means its expansion potential still hasn’t reached its peak. Of course, the platform has already attracted the attention of the big brands that see the tool as a powerful way of marketing their goods and services. The idea of selecting content, filtering, organizing and sharing it online with a click takes online viralization to its maximum simplicity. Pinterest has already won the Crunchie Award for Best New Startup of 2011, and clearly its recent expansion appears to be beginning. If it manages to consolidate its growth and continues to be an effective tool for sending visitors to other websites, it’s possible that it could convert itself into an essential platform for any online-marketing and communication strategy. 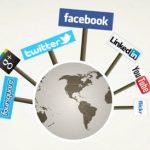 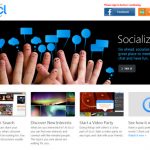