The world is full of new ideas waiting for their moment to come to light. Entrepreneurs are faced with a difficult task of demonstrating that theirs are good, effective and original projects. They also face the fundamental challenge of getting financial resources to pursue their dreams. From this need a concept of Crowdfunding was born.

This idea is a meeting point between social networks and financing of new digital projects. Thus, being aware of the great success and impact that social networks have on society, artists and entrepreneurs say this to achieve financing for projects.

It is from here that things change. Before, it was necessary to get a big investor willing to bet all or at least much of the money needed to jump-start the project. The new proposal is to get many smaller investors who together provide large budgets in small doses.

Juan Pablo Capello is co-founder and board member of Idea.me, a Latin-American initiative of collective funding that presently exists in Argentina, Chile and México and now begins to disembark in markets in Colombia and Uruguay. The executive explains that “the system works by giving entrepreneurs in arts and business a web platform through which they can present their ideas to an anonymous public to solicit funding.”

The list of projects to embark on at Idea.me is virtually endless and extremely varied. Many of those are led by entrepreneurs who have already gained some reputation and who are seeking another possibility to launch a new idea on the market through collective collaboration. Such is the case, for example, with an Argentine comedian Alfredo Casero, who, by means of this platform, set out to produce a movie (Cha3Dmubi) without the limits that a producer can get on his ideas.

Casero’s Project was a complete success: it raised over $26,000, although its initial goal was only $22,000. It got the support of 703 producers who collaborated with the purchase of tickets, merchandise, and a dinner with the actor or simply in exchange for having their name in the movie credits.

The operation of the platform is based on the financial support of its users in exchange for a reward given by the entrepreneur. Who can participate and donate? Everyone. Therefore, entrepreneurs seeking funding are able to present their projects in detail to be able to attract investors who bet on new ideas.

In Latin America, the new system can also be interpreted as a great opportunity to democratize access to financial resources, achieving a greater inclusion of middle classes in the market based on new proposals. Anyone with an idea can be considered by Crowdfunding website to “present themselves to the society”.

“To a Latin American, the opportunity of launching implies the possibility of knowing more about the market,” said Capello. This system provides further assurance to reduce the risk of failure, avoiding what previously could have become a disgrace for entrepreneurs and investors, as the economic risk involved in this type of financing is much lower.

In the United States, there is a new bill developing to amplify legal boundaries of Crowdfunding. If new regulations are approved, funding can reach up to 500,000 new businesses leading to the creation of more than 1.5 million new jobs.

Mass funding has the capacity to improve the Latin-American status quo, but only if governments adopt the concept in the spirit of equality of income to capital and creating employment-generating initiatives. As Capello says, “the time for Crowdfunding is now; it depends on various nations of Latin America how to make the best of it.”

The network is increasingly becoming a spectrum of great possibilities for new businesses and for creating a host of new jobs. If well implemented, this new system of social financing can translate into improvements for various markets worldwide. The online universe was born, no doubt, to change and improve the rest of the universes in which we are immersed. It depends on each one of us to work together to achieve the goal. 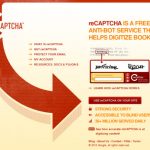 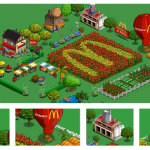 Online games are no longer a kids’ thingInternet