Online games are no longer a kids’ thing

Games are no longer merely entertainment; they have become a new venue for online brand positioning. Large companies have found ways to take advantage of massive attention towards social games and to convert it into products that are more profitable.

According to Nielsen’s report, playing through social networks has become the second most popular online activity in the United States. And marketing teams have already found ways to take advantage of this new global hobby. According to another study by eMarketer, marketers in the United States invested nearly $200 million in 2011 to advertize on social networking games. Just in the US alone, users spend approximately 407 million hours monthly on games such Farmville, Cityville or MafiaWars.

The big brands have already decided to join the gaming industry with success stories that illustrate the advantages offered by social games as a marketing tool. Through becoming a part of a game, companies certainly create a much more memorable consumer experience around their products than through any other traditional advertisement methods.

One of the companies that picked up social gaming was McDonald’s, stepping into Farmville. The fast food chain gives players a chance to have a branded balloon floating over their farm and a digital drink that grants them better awards, which sets them apart from regular players, – all this in exchange for having exclusive mustard and ketchup in their online restaurants. This way, social networking games have become a new tool for brand positioning with the objective to make Facebook surfers into customers.

There is no doubt that gaming, recognized as a new way of promoting a brand image in the digital environment, offers a wide range of possibilities that companies can exploit. This is the case with MasterCard, who have also decided to join social gaming venue, but from a different perspective: in this case, through offering support. Through YouPlay, WeGive campaign, the company donates 10 cents per every minute spent on playing those games.

Expedia, on its part has also decided to take advantage of online gaming success launching FriendTrips, which at first glance looks like a raffle, but actually goes much further than this. What is it about? Those who wish to participate should choose one of the thirteen proposed destinations and invite five friends to do the same. Thus, the company assures the growth of its fans by making them add six ‘likes’ to be able to participate in the raffle.

On the other hand, the application gives users a chance to participate more than once, doubling or tripling their chances to win depending on how many friends they invite. Again, we have an online experience that offers users a possibility to share stories and win their dream trip, while helping to improve the brand visibility through web.

These three examples show us different options that these completely distinct companies have chosen in gaming as a new way to position their image in the online community. Undoubtedly, every company must carefully evaluate its potential audience behavior to know where they will be willing to invest their time, and with this in mind, develop the most appropriate for its brand application or game.

Videogames have changed from an individual activity to a social experience, enabling marketers to interact with the gaming community. Social gaming is here to revolutionize the industry and establish itself as a new communication channel that grows along with the development of social networks and the popularity of smart phones.

The possibilities are practically limitless, and all brands can say this in the world of social gaming. It’s just a matter of getting on board. 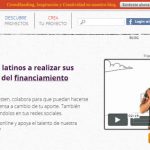 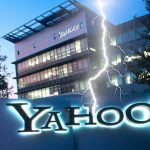