A few days ago, So.cl was opened to the public; it is the latest idea to come from Microsoft. It’s a social network that allows you to search for and share content, using the search engine Bing, which recently has turned towards social content, integrating Facebook and Twitter in its search results.

Initially, So.cl was oriented towards students: towards the end of 2011, the beta version arrived in certain US universities. Now, this tool is open to any user and the million-dollar question is if it will be able to attract users that already know and use other social networks. The truth is, the company from Redmond has taken a long time in developing its own social network. With platforms such as Facebook, Twitter, Google+ and LinkedIn already consolidated, it’s a big question whether So.cl will be able to carve some space for itself in the market.

However, Microsoft affirmed that its objective is not to compete with other networks; rather So.cl is a different tool that proposes a new way to share knowledge and learning. Competing directly with a platform so engrained in users’ lives probably wouldn’t have been a good idea anyway. That’s why one of the possibilities the platform offers users is to log in via their Facebook account. It could be that this compatibility with the biggest social network will ultimately make it easier to diffuse.

What are they aiming for?

So.cl is betting on the diffusion of information that users consider interesting, more than just personal exchanges. The idea is that users can share what they are reading, watching or searching. Though the network has characteristics shared by Facebook, Twitter and Google+, and it allows you for example to write comments, add images and connect with friends, its principle objective is to facilitate the circulation of information. In this way, the new social network resembles Pinterest, the platform used to share interests that has become of the latest attraction on the web.

We can say that the new network is trying to fusion two aspects that have had great success in recent times: social networks and websites for the collective management of information, like Wikipedia. Both are phenomenon that have been present on the Internet for quite a while, but their fusion appears to be key as we look to the future. Both Microsoft and Google are betting on it.

Another one of So.cl’s attractive characteristics is that the content is shared with more than just friends: it is shared with all users. For this, the platform relies on “channels” that segment searches by interests. For example, cars, architecture, children or games. In this way, the tool also makes it possible to have a real-time overview of all the searches that are being done by the users.

It is interesting to consider whether this new social network could become an eventual tool for the market, like Facebook or Twitter. The key might just be in getting the company’s content to be shared by the users, and for this it is vital that they position themselves in the framework of Bing.

In the end, whether or not So.cl is successful or not, it is one more step forward in the trend that began to define itself with Google+ and which will, without doubt, mark the direction of the web’s positioning in the next years. Everything is pointing to search results that are more and more personalized and specific to users, defined in part by their activity on online social platforms. As social networks continue pulling weight in their interactions with search engines they will become even more important to a brand’s positioning. 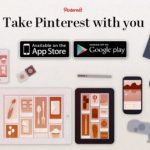 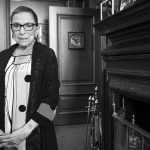 Three things Ruth Bader Ginsburg taught us (and we weren’t even aware of them!)Social Media